The Desmond Tutu refugee reception centre in Marabastad‚ Pretoria is a living hell in which asylum seekers are subjected to ill-treatment and daily demands for bribes.

This is according to an asylum seeker‚ who spoke to Business Day through a fence at the facility‚ saying they even fall victim to thieves.

“We were waiting outside and somebody came and took everything from us‚” he said.

Inside the centre they face pressure to hand over cash to rude officials.

The man‚ who runs a shop in Bloemfontein‚ has to renew his asylum papers as they expire on Tuesday. Some asylum seekers come from as far as Kimberley to seek an extension to their refugee status in SA.

On Monday DA provincial leader John Moody visited the facility. Initially he was refused entry by security guards‚ despite advising them he was a member of the Gauteng legislature. A scuffle broke out between him and the guards‚ which was only resolved when a senior official came to calm the situation. Moody was let in but no journalists could accompany him.

“My experience here is that people were being held like cattle. People are intimidated. It is as if they are here at the mercy of these officials. “I will definitely be writing to the Department of Home Affairs and get assistance from my colleagues in Parliament for us to address the circumstances over here.”

Also on Monday‚ DA MP Haniff Hoosen visited the Durban refugee reception office‚ which he said was one of the worst affected by the closure of the Cape Town and Port Elizabeth reception offices.

The oversight visit followed reports the party received that the Durban reception office was fully booked and unable to schedule appointments for new applications until August.

“This means any new asylum seekers needing and wanting to declare their presence and regularise their stay in SA‚ by reporting to this office‚ will remain undocumented if they cannot afford to travel to Musina or Pretoria‚” explained Hoosen.

In September 2017 the Supreme Court of Appeal found the decision to close the Cape Town refugee reception office ought to be set aside. The department’s appeal to the Constitutional Court was dismissed in December 2017 and it was ordered to reopen the Cape Town office by March 31.

BELOW IS SOME OF THE PHOTOS 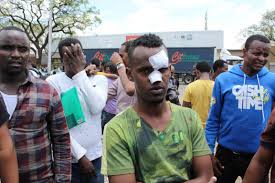 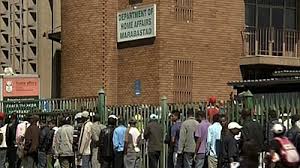 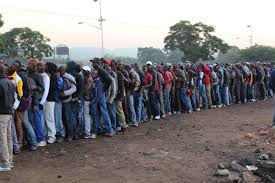