A meeting between the Government of Ghana and Fifa officials concerning the restructuring of the Ghana Football Association (GFA) scheduled for Friday, 22 June 2018, has been postponed indefinitely.

Fifa initially suggested a meeting in Zurich, Russia or Accra but finally agreed to Accra.

However, a statement signed by the Public Relations Officer (PRO) of the Sports Ministry, Elvis Adjei Baah, which was signed on Thursday, 21 June 2018, explained that the meeting with “the 3-member delegation from Fifa has been postponed till further notice”.

The statement explained that: “The postponement has become necessary as Government continues to engage in very important and comprehensive consultations with major stakeholders in the football industry. This, Government believes, would enable it satisfy all internal processes and consultation ahead of the meeting.

“Nonetheless, Government wishes to reiterate its willingness to engage the world body, Fifa in dialogue which would ultimately result in the positive reforms that Ghanaians desire to see”.

Government has embarked on a move to dissolve the GFA after revelations of alleged corruption on the part of match referees and some officials of the FA, including its resigned-president, Kwesi Nyantakyi.

The revelations were contained in an exposé by investigative journalist Anas Aremeyaw Anas in collaboration with the BBC.

Fifa has been drawn into the situation because the body does not permit government interference in the running of football in its member countries.

Previous Russia 2018: Mbappe Strike Sends France Through
Next One dead in shootout in Bawku 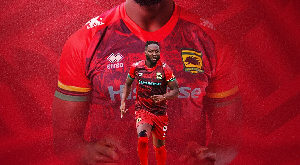 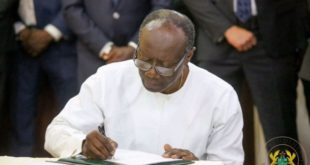