I’m not the lady in the leaked sextape – Fella Makafui

YOLO star Fella Makafui has reacted to a two-minute nude video which went viral Monday evening purported to be her and the ex-boyfriend who has been accused of shutting down the Fella Wine shop in Accra.

The video shows an unknown lady giving a mysterious guy a doggy style. According to rumour, the angry ex-boyfriend of the fast-rising actress released the 18+ video claiming that it was captured during one of their numerous sexcapades but Fella says she is not the individual in the video.

In a statement sent to Zionfelix.net and signed by the actress’ manager, Richmond Amofa-Sarpong, the leaked tape is said to be a pornographic video which can be found on several adult websites so the public should not believe the lady in it is his artiste. According to the management, Fella Makafui has no tattoo on her back which clearly tells that she is not the person in the leaked video.

LADY IN THE FAKE VIDEO NOT FELLA MAKAFUI

Our Attention has been drawn to a video circulating purported to be a sextape of Actress FELLA MAKAFUI with her Alleged Boyfriend.

Management wishes to inform her followers, friends and the general public that the Alleged Video in circulation is not FELLA MAKAFUI.

A careful look at the video shows clearly that;

• The Lady In the Video has no face and an indeed alleged angry boyfriend would have released a sextape with FELLA MAKAFUI’s Face to achieve his aim of destroying her rather than this faceless young lady who they might have thought have her back and shape like FELLA MAKAFUI but tried as much as possible to cover the lady’s tattoo with their logo in the video.

• The Lady in the video also has a wrist band on both of her hands and close friends of Actress FELLA MAKAFUI Knows strongly her displeasure in wearing wrist bands. And will under no circumstance wear even just one.

• The Man In the video who is Alleged to be the Ex boyfriend of FELLA MAKAFUI indeed clearly shows the calculated efforts of evil minded persons to just destroy the hard won reputation of her because as a matter of records FELLA MAKAFUI has not had any relationship with any man who looked like the man in the video. And Close Friends Of Actress FELLA MAKAFUI can bear true witness to this fact.

We are very much informed on the efforts made by some people to run down the personality of hardworking FELLA MAKAFUI and that they will do anything to destroy her brand.

We are just wondering what next action these evil persons are planning to do after this fake sextape.

What We have done as a respected brand is to put out facts that shows clearly that the said Alleged sextape doesn’t have FELLA MAKAFUI in it.

We have taken upon our selves to speak to the country director of the website [ghpage] that has their signature [logo] on the video, a gentleman named Kojo Rashad who is currently in Kumasi – Tafo to provide us with a copy of the video so we could respond accordingly to it but he stated that he could not establish clearly whether the Actress in the video was FELLA MAKAFUI or not and that he only said in his story that it was just an alleged video sent to him and not that he has seen FELLA MAKAFUI in the video. We therefore advised him not to attach FELLA MAKAFUI’s name to the alleged video since he is testifying that the lady in the video isn’t Fella Makafui after he finished watching it.

We still have observed that for the purposes of driving irrelevant traffic to their website, they still have FELLA MAKAFUI’s name attached to the video and have circulated it across without waiting to establish wether the lady in the video was her or not.

We therefore advice people who are circulating the video of the Young lady to take out the Name Of Hardworking Actress FELLA MAKAFUI since we are still seeking advice from our solicitors on the necessary remedies available to us under the Laws of Ghana.

We respect the Ghanaian legal system and will update the public as per the legal proceedings advised by our solicitors when it’s moved after these people refuse to abstain from this shameful act.

We shall not after this official statement be drawn into any childish charade and drag ourselves in the mud with whoever is behind this fake news. We maintain that we have no sex tape of FELLA MAKAFUI and the alleged video of a faceless young lady with tattoo is fake and cannot be FELLA MAKAFUI.

The Fans, Friends and Family Of FELLA MAKAFUI have been badly subjected to such uncivilized schemed fabricated and cooked stories to divert the attention of people from the many national initiatives she undertakes with her foundation to put smiles on the face of the many people in Ghana.

We have been a victim of such fake news and will advice that they do not do it to someone else.

It is so sad that all efforts attempting to push through and help to empower many young people especially women in AFRICA by FELLA MAKAFUI is used by someone to suggest that She has behaved in this way and to get publicity for themselves and their weak websites when they know clearly that I have nothing to do with all those fake stories.

However this old tactics by these evil planners are not new to us because we know that they are as old as the foundation of the Pyramids built by the Pharaonic Egyptians, so we are not disturbed or worried at all.

We are only concerned about how our fans, friends and families will take this fake stories. These are the reasons why we felt that statement from us will help establish the truth. 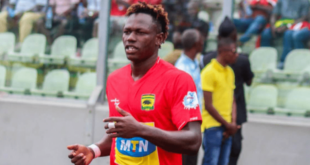 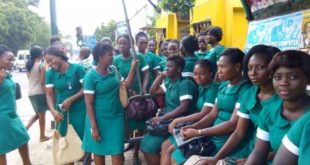 Government will on Tuesday, September 22, 2020 begin a weekly Nation Building Updates designed to …