Home / My manhood is shrinking – Psalm Adjetefio ‘begs’ for help

My manhood is shrinking – Psalm Adjetefio ‘begs’ for help

Sam Adjeteyfio has opened up on how ailments have tormented him including his manhood.

But the man, Adjeteyfio says ailments upon ailments have forced him to take drugs that have, at a point, resulting in a shrinking manhood.

According to him, it was not his intention to come public with his condition but his health condition was deteriorating hence his decision to come public. He also revealed his friends ignored and blocked his number when he was seriously ill.

TT said his predicament begun when he was diagnosed with a heart enlargement condition, leading to swollen feet.

The situation has compelled him to fall on some past students who he says have come from many parts of the world to assist him.

Through productions like ‘Taxi Driver’, TT, as he is popularly called thrilled millions and brought smiles and laughter to many. 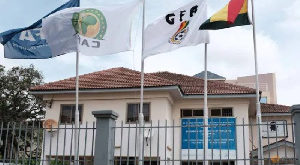 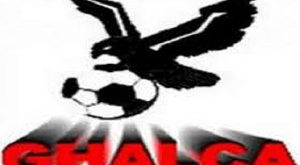 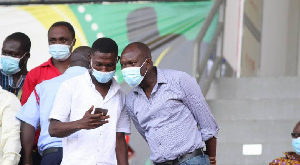 Charles Akonnor, the head coach of the Black Stars was in the stands as Kumasi Asante Kotoko laboured to …