Share
DURBAN – A man in his 30s died when he and other people who were pushing a car off the N2 south in Durban were hit by another vehicle smashed into them early on Saturday.

Paramedics say the group’s vehicle had broken down near NPC Cement at about 2am.

Rescue Care spokesman Garrith Jamieson said the man sustained “major injuries. There was nothing paramedics could do for the man and he was declared deceased on the scene.

“Two other occupants had escaped with minor injuries.” 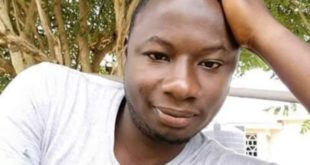