The police have launched a manhunt for two houseboys, who allegedly connived with some armed robbers to kill their 92-year-old employer at the Teshie Estates in Accra.

The two men, Daniel Mensah, 39, and one Emmanuel, believed to be 22 years old, left the house of the deceased after the robbery.

A warrant for their arrest has been issued by a court to assist the police in their investigations.

The deceased, Adwoa Babie Annancy, owner of Munds Burger Hotel at Teshie Estates, was strangled to death by the armed men, according to the police.

Local and foreign currencies, jewelry and other personal belongings were stolen by the armed robbers.

Paa Kwesi Marfo, nephew of the deceased, who narrated the incident to DAILY GUIDE, said the deceased was based in Germany but regularly travelled to Ghana to manage her businesses.

Marfo said she lived in a house adjacent the hotel with the two houseboys.

On March 14, 2018 at about 1 am, one Janet, a receptionist knocked on the door of Madam Annancy to take keys to open the door to one of the rooms for a client.

While waiting for Madam Annancy to deliver the keys, two masked men, who were wielding guns, appeared at the scene and threatened to shoot her if she shouts.

The man, who requested the room, also assisted the masked men to tie the hands of the receptionist.

They subsequently pushed napkins into her mouth to prevent her from shouting.

One of the armed men monitored the receptionist while the two others waited for Madam Annancy to open her door.

Immediately she opened her door, the two men pushed her to the ground, tied her hands and legs and strangulated her.

The suspects ransacked her room and bolted with the items and money.

Paa Kwesi Marfo said Daniel allegedly called his sister one Faustina Mensah to inform her about the robbery in the house.

According to him, Faustina called some church members of the deceased to call the police for assistance.

He said the houseboys packed their belongings and left the house before the police got there.

The Divisional Crime Officer, Superintendent Emmanuel Osei Agboda, called on individuals to volunteer information to the police to apprehend the suspects, who are said to be hiding in the Eastern Region to help investigate the case.

Meanwhile, the paper has also gathered that Daniel Mensah lived with the deceased for a year, while Emmanuel was employed barely a month ago.

Information gathered indicated that a former houseboy called Isaac introduced Emmanuel to the deceased before he resigned.

According to reports, Madam Annancy earlier withdrew money from the bank to carry out some repair work at the hotel.

The contractor took the money from the woman in the evening and left for his destination. 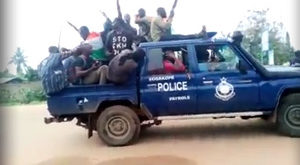 The National Democratic Congress (NDC) has distanced itself from a website www.jmdonations.org purported to be for fundraising … 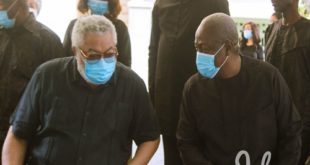 Former president John Mahama, and the leadership of the NDC, on Friday morning, called on … 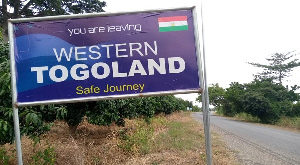