Home / 54 MPs cited for absenteeism without permission in Odekro report

54 MPs cited for absenteeism without permission in Odekro report

Eric Darfour was absent 36 times during the 3rd sitting.

New Patriotic Party (NPP) MPs were the worse culprits, with 45 MPs, while only 9 NDC MPs absented themselves without permission.

Ministers of State who double as Members of Parliament were the worst culprits of absenteeism without permission during the First and Second sittings of the seventh parliament, 2017.

Most of the MPs who absented themselves for more than 15 times, out of the 50 sittings were Ministers and Deputy Ministers.

Per Article 97 (1) (c) of the 1992 Constitution, Members of Parliament who absents themselves from parliamentary sitting for 15 times or more without the written permission of the Speaker must be made to vacate their seats.

Odekro, which issued a caution over the appointment of several ministers from parliament over fears of a weakened legislature, said in the report that, there is the need for stiff punishment for MPs who absent themselves from the House without permission.

It noted that the failure of the legislative body to punish MPs in the past for the offence seems to be encouraging MPs’ to continue with the trend.

Among other factors, Odekro noted that partisanship on the part of the Speaker of Parliament prevented him from enforcing the laws against absentee MPs.

“Several factors may account for this, including partisanship on the part of Speakers, Executive dominance of Parliament and appointment of Parliamentarians as ministers,” it said.

“Article 97(1)(c) requires that an MP shall vacate his seat in Parliament “if he is absent, without permission in writing of the Speaker and he is unable to offer a reasonable explanation to the Parliamentary Committee on Privileges from fifteen sittings of a meeting of Parliament during any period that Parliament has been summoned to meet and continues to meet.”

“(emphasis added). While this constitutional provision gives the Speakers of Parliament an enormous power to expel absentee MPs from Parliament, the provision appears quite difficult to interpret. For example, it is difficult to specify what a reasonable explanation is, allowing for discretion on the part of the Speaker. How would the Speaker be able to consider as unreasonable an MP-Minister’s explanation that he/she attended other national assignments in his/her capacity as a Minister? What about cases of ill health, where an MP can provide a certificate of hospital attendance? What if an MP attended to an emergency constituency assignment? It appears that MPs will almost always find ‘reasonable’ explanations for being absent from Parliament, hindering the Speaker’s ability to expel absentee MPs,” it added. 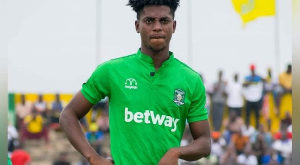