Former president John Mahama appears to have teased vice president Dr. Mahamudu Bawumia over the depreciation of the Ghana Cedi against the dollar in a tweet.

The local currency – the Ghana Cedi – is losing grounds to major international currencies such as the Dollar and the Pounds Sterling.

Mr. Mahama took to Twitter, on Wednesday, June 13, 2018,  to remind Bawumia about the falling Cedi: “Weak fundamentals?” he asked, after indicating that GHS4.7 is going for $1 on the exchange rate now.

Dr. Bawumia used the blip in the foreign exchange market ahead of the 2016 elections to torment the Mahama government, describing the NDC administration as incompetent when it comes to handling the economy.

“You can engage in all the propaganda you want, but if the fundamentals are weak, the exchange rate will expose you,” Dr. Bawumia once said.

Dr. Bawumia on April 17, 2017 at a town hall meeting boasted: ““When we came in, it [cedi] was running, essentially we have arrested it [cedi], and the IGP has the keys, he’s locked it up, we want to make sure we pursue sound policies to keep the cedi stable, it has appreciated for this year.”

Meanwhile, the Bank of Ghana has served notice the depreciation of the cedi is temporary, attributing it to external factors.

“We want to assure the market that we have adequate reserves and the fundamentals do not support the slippages we have seen and we expect it to correct itself,” Director of Financial Markets Department at the central bank, Steve Opata, told the media a few days ago. 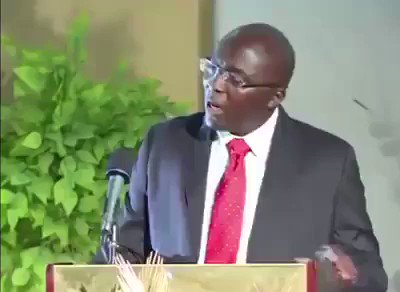