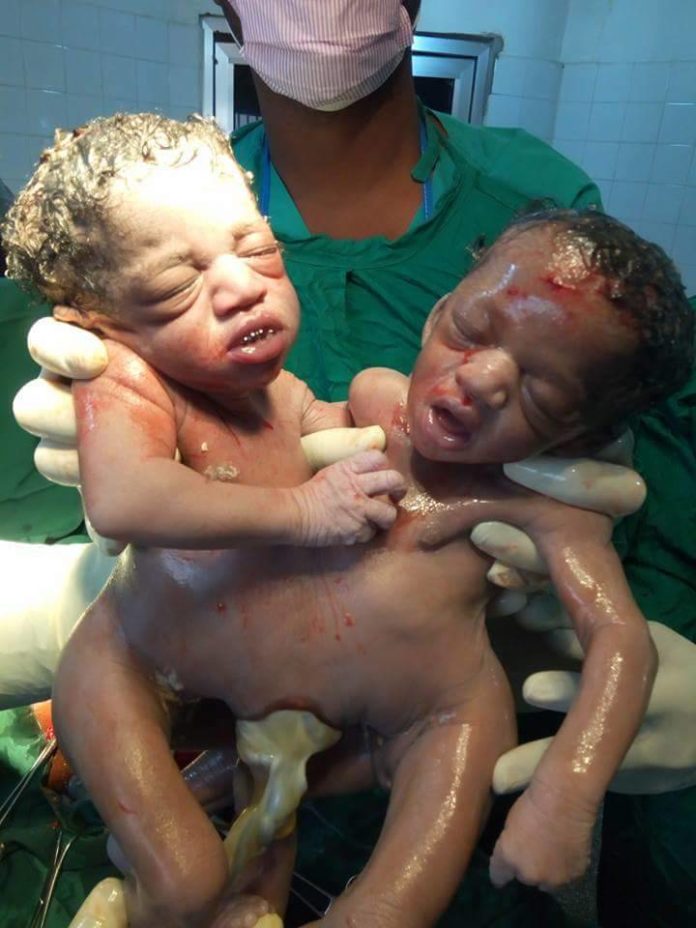 A 28-yr-old lady, Asamawu Abdallah, a resident of Ejura in the Ashanti Region, gave birth to conjoined twins at the Ejura Government Hospital at 7:00pm on Saturday, June 9. 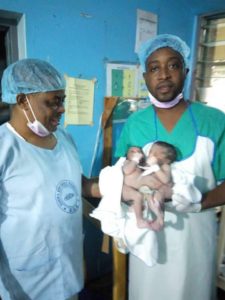 The female babies according to medics at the hospital are conjoined to the abdomen.
Medical Superintendent at the Ejura Government Hospital, Dr Mensah Manye confirmed the bizarre birth to XYZ News, adding that the babies were receiving medical attention.
Dr Manye also revealed that doctors had to perform a caesarian section to remove the children after the mother had undergone a similar surgery two years ago.
He indicated that the C-section which started at about 6:30pm ended at 7pm Saturday night.
Dr Mensah Manye, said that conjoined twins are very rare and this case is the first of its kind to be recorded at the facility.
“This is the first time we are recording this.” But that is not the first for Dr. Manye to have carried out in the country.
Five years ago, he performed a more complicated case at New Edubiase hospital in the Ashanti region. In that case, he said, the twins shared vital organs like the heart and lung which were very delicate.
According to Dr. Manye, the children died shortly after delivery because the scan failed to indicate they were conjoined and doctors could not have considered a C-section.
XYZ News’ Ashanti regional correspondent Jonathan Ofori reports that the incident had shocked the family of the mother, as they besieged the hospital in groups discussing the matter.
“The mother is being monitored by medics at the Ejura Government Hospital. The children have also been referred to the Komfo Anokye Teaching Hospital(KATH) for a surgery to be conducted”, reported Jonathan.
Source: myxyzonline.com
Related Topics: