It is appointed once for men to die according to the Bible, but the manner and time in which an individual departs from the world will always be subject to debates.

Despite the many interventions by government to reduce mortality in health institutions across the country, many people continue to die from various avoidable causes.

Sharing his ordeal on Facebook, a Ghanaian citizen recounted how he lost his 70-year-old father after being turned away by five major hospitals in the capital due to lack of beds and other facilities.

Starting his adventure at midnight, Mr. Obri Yeboah narrated that he was alerted by his mother to come to his father’s aid as the latter was complaining of dizziness.

He noted that they rushed his father to the C&J Medicare Hospital at Adabraka but were turned away because the doctor in charge hinted that they did not have the required facilities to cater for a man of his age. His persistent plea for assistance fell on deaf ears and was thus forced to try other options.

Upon advice from the doctor at C&J Medicare Hospital, Mr. Obri Yeboah took his ailing father to the Korle Bu Teaching Hospital. Their visit there was however short-lived as they were referred to alternatives due to the unavailability of beds for patients.

“…. We rushed him to C&J Medicare Hospital at Adabraka. Got there around 12:30 AM. I rushed to the reception of the hospital, humbly called on the nurse on duty to attend to my dad who was at the moment finding it difficult to breathe. The nurse went in to call a lady doctor. They both hurriedly came out, when they saw my dad in the car, what is his age? I said 70.

The nurse said, “unfortunately we don’t have the required facilities to take care of your father so please take him to Korle Bu. I pleaded, please help us in the name of God, please help us. As you can see my dad is in a critical condition. The nurse retorted, there’s nothing we can do!”

“… so we headed to the Korle Bu Teaching Hospital. When we got to the C.M.E, we were told that there was no bed so we should take him to the Korle Bu Polyclinic. I pleaded with them to attend to him in the car and at least give him first aid but to no avail.”

“we headed to the Korle Bu Polyclinic with all hopes on getting treatment for my dad, only to reach there and be told there was no bed. They suggested we took him to Ridge Hospital or the 37 Military Hospital. Since Ridge Hospital was closer we all agreed to take him there. There too when we got there, there was no bed. The nurse on duty told us to take him to the Police Hospital.

“A security man on duty at the Trust Hospital suggested to us that since all the big hospitals in town were saying there was no bed, we shouldn’t even worry ourselves and take him to the La Hospital. We should rather take him to the Likman Hospital at Lashibi. When we got there, there was no bed. It was even worse at the Likman Hospital because the fuel in our car had run out and all the filling stations had closed.

“My dad died in the car at the Likman Hospital at 3:30 AM,” Mr. Yeboah recounted. 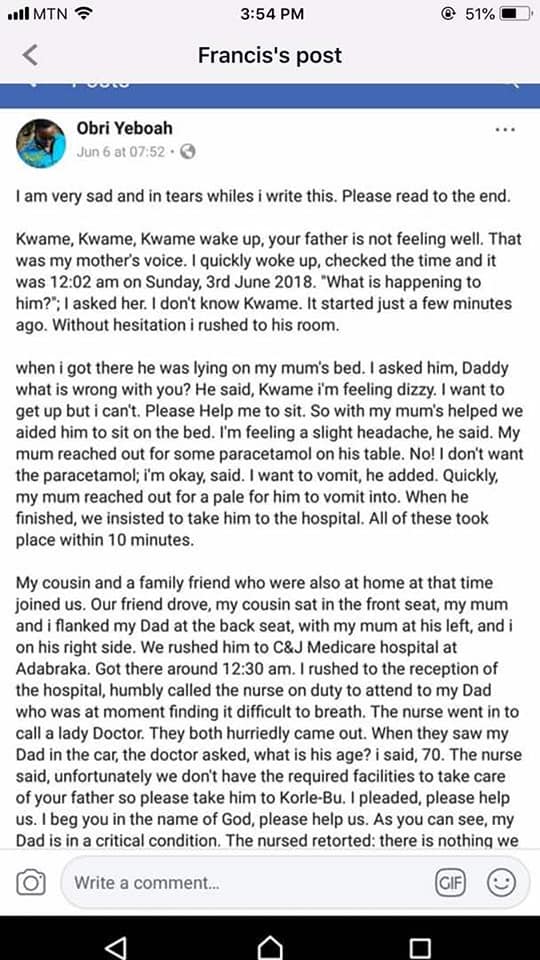 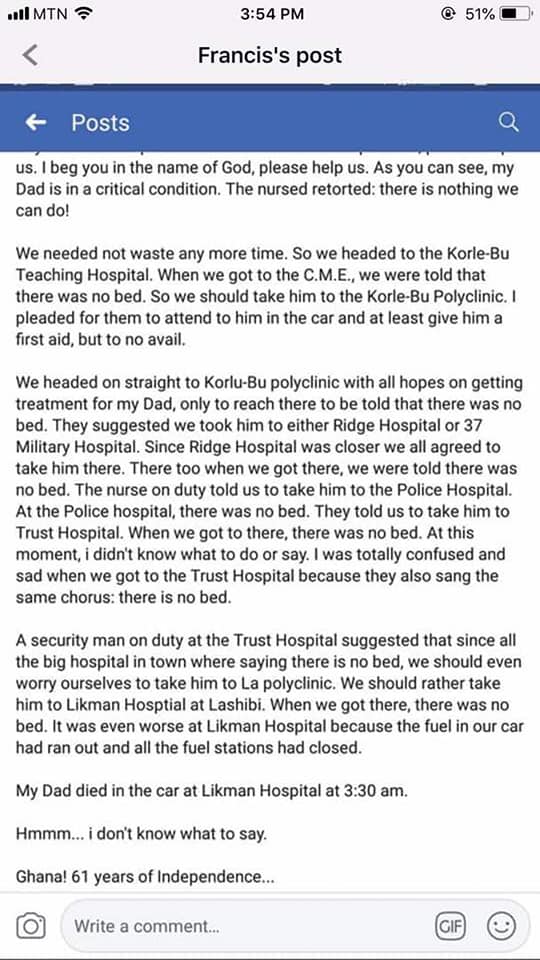 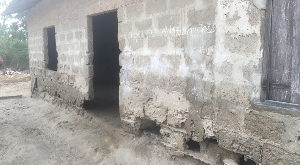 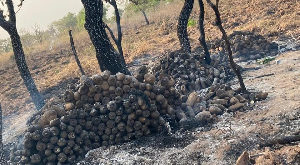 Minister in the presidency Jackson Mthembu, who died of Covid-19 related complications on Thursday, will be …