Dr Bawumia disclosed this, Bawku during a one day visit to the Muslim community in the Upper East Region to commemorate the month of Ramada.

According to him, the initiative is to help reduce the rate of unemployment and improve the living standards of the youth.

Dr Bawumia urged graduate youth to take advantage of the 100,00 jobs offered in various sectors of the economy under the Nations Builders Corps  ( NABCO)  adding that, the Youth Employment Agency will also recruit 80,000 youth this year.

He stated that under the NABCO recruitment every constituency shall be entitled to employ  350 graduates. 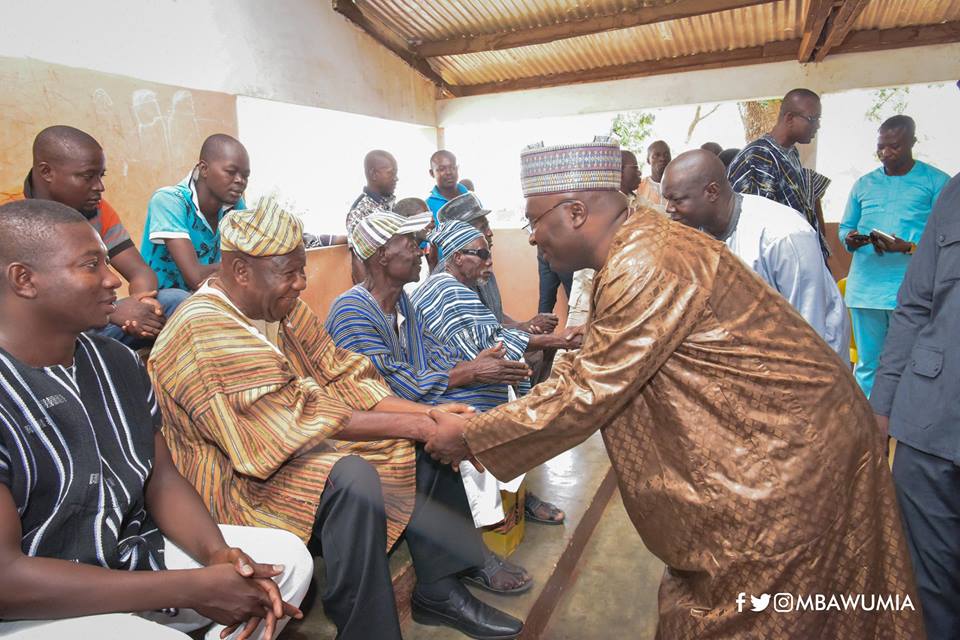 Dr. Bawumia also hinted that government will soon commence the construction of dams under the One Village One Dam policy in the three regions of the North since the contracts have being awarded for execution.

He indicated that the Zongo development authority board will be inaugurated on Monday 11th June 2018 to execute its mandate.

Akufo-Addo has achieved more in 18 months than previous governments

“He has done so much in 18 months that many other governments were not able to do in 8 years,” Bawumia added.

The Vice President noted that President Akufo-Addo is a man of his words and has proved his critics wrong by implementing major campaign promises within a short time despite taking over a troubled Ghanaian economy.

“The President assumed office with a very difficult economy. He has been at work for the past 18 months now. By the grace of the Almighty God, he has been able to do a lot of things he promised this country he was going to do.”

“Many people thought what he promised was not possible. He has been able to do many of the things within 18 months. He was able to relieve a lot of our farmers by introducing the Free Senior High School [Policy] which has brought tremendous relief to many people who have their children in senior high schools.”

The Vice President also mentioned the restoration of the nurses and teacher trainees’ allowances and reduction of electricity tariff as part of the things the Akufo-Addo government has been able to do.