Acting through his lawyers Kissi Agyabeng, Anas Aremeyaw Anas referred to several provisions of FIFA Code of Ethics from Article 13,15,19,20,21,22 and FIFA Disciplinary Code, articles 61 and 62 which the resigned FA president may have breached.

These infractions and breaches alleged by Anas are captured in an explosive documentary “Number 12: When misconduct and greed become the norm.”

TigerEye PI investigators acting as investors proposed to GFA President to sponsor the Ghana Premier League. But Kwesi Nyantakyi accepting the proposal added business opportunities in Ghana which the investor could get if he paid him $11m as appearance fees.

In the documentary filmed within three months, Kwesi Nyantakyi also proposed to form a company as an agent for the GFA to be paid for brokering a sponsorship deal for the league which has suffered under-investment for years.

The GFA President said together with the investor ‘Medgulf’ they would “take over the whole country”.

In the video screened at the Accra International Conference Center, Nyantakyi is seen writing a 10-page Memorandum of Understanding to seal the deal.

But the ‘investor’ vanished and resurfaced in the form of Anas Aremeyaw Anas triggering panic in the sports corridors of power.

In the petition to FIFA, Anas Aremeyaw Anas presented nine evidence to back investigations into the conduct of Kwesi Nyantakyi, a legal practitioner.

Apart from the audio-visual recordings of the meetings held in Dubai in October 2017, Anas also shows electronic emails exchanges, a hand-drafted MoU, business registration documents of Namax Company created by Nyantakyi to be used for the business deals.

Even a receipt to show the hotel room meeting in Dubai was presented.

World football governing body FIFA in response has banned the FA president who also resigned barely four hours after the ban was announced.

He has been stripped of his Executive membership at the FIFA Council and his Vice-President position at Africa football governing body CAF.

Kwesi Nyantakyi after 13 years at the helm of Ghana Football Association has taken football to its highest after Black Stars’ three consecutive appearances at the World Cup.

But he has now sent the GFA crashing after the government announced it is the dissolution of the association. 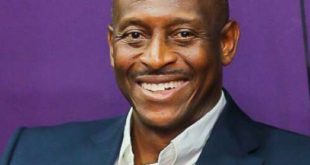 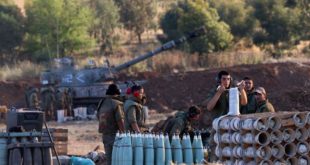 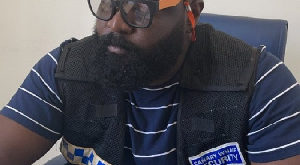 Son of Yaw Osafo-Maafo, the senior presidential advisor to Nana Addo Dankwa Akufo-Addo, has announced his …