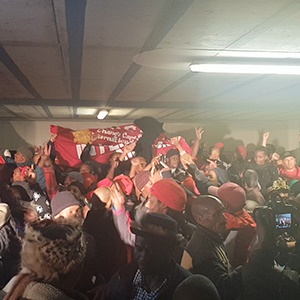 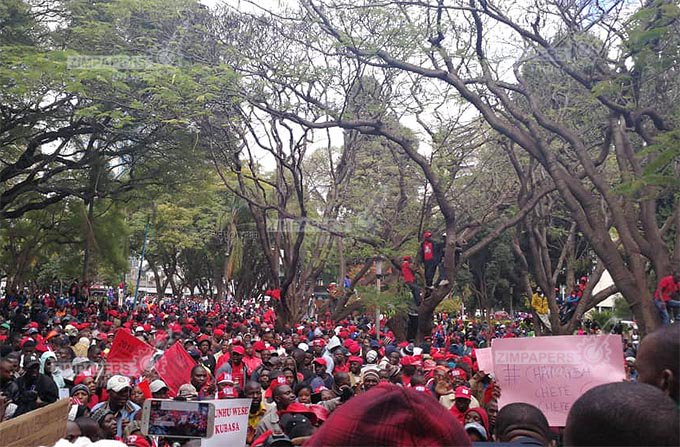 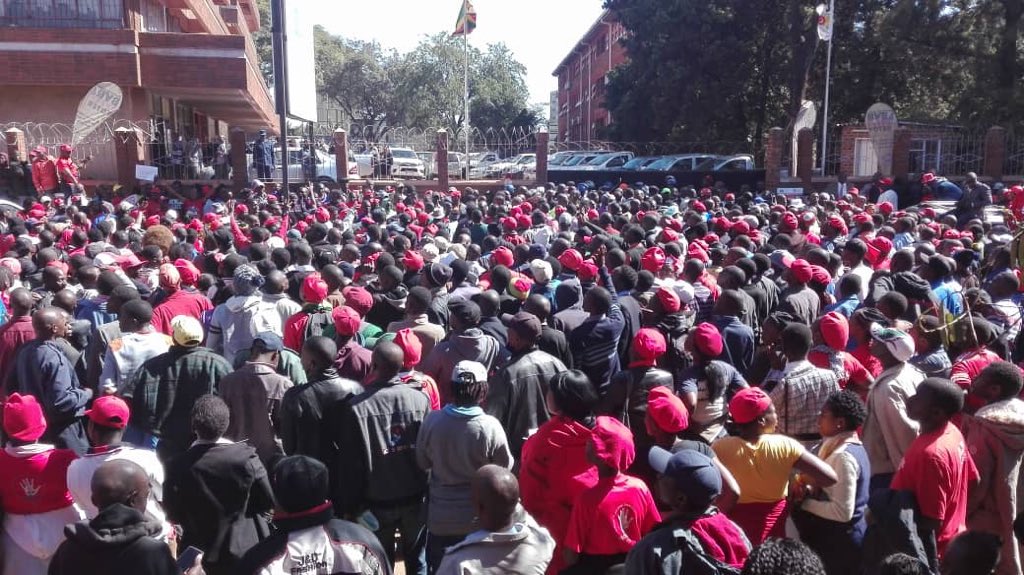 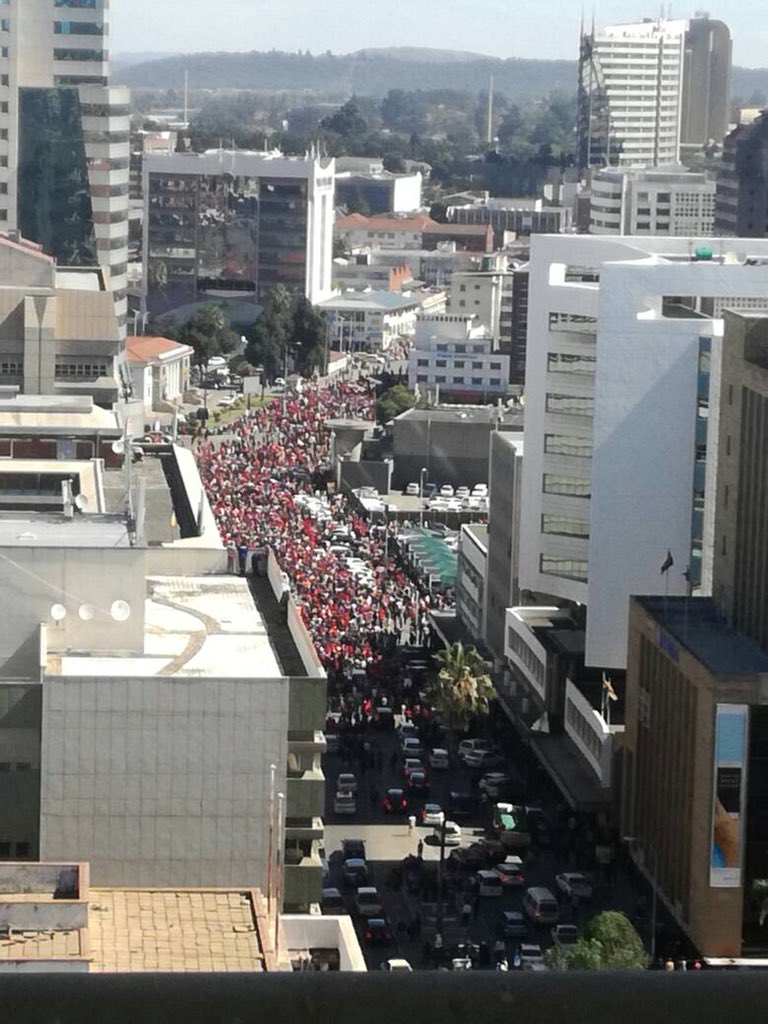 Thousands of demonstrators from the Movement for Democratic Change (MDC) Alliance flocked the city centre in Harare on Tuesday, as the opposition parties called for electoral reforms.

The MDC Alliance is a seven-party opposition coalition in Zimbabwe led by Nelson Chamisa.

The marchers are set to hand over petitions at the Zimbabwe Electoral Commision and at President Emmerson Mnangagwa’s offices.

Earlier, the government urged the opposition to be peaceful during its demonstrations.

According to the state-owned Chronicle newspaper, Home affairs and Culture Minister Dr Obert Mpofu said that the MDC Alliance was free to demonstrate in the capital as long the demonstrators were not going to infringe on the rights of other citizens.

Mpofu said that state organs were closely monitoring the demonstration in order to ensure that it was carried out peacefully.

“What they are doing is within the confines of the law. My information is that they have applied and have been granted permission to do so. And we hoping that they stick to the requirements of their application,” Mpofu was quoted as saying.

The ruling Zanu-PF party had on Monday indicated that it also planned to march Tuesday, but the plan was later cancelled after the police refused to grant them permission, said the report.

Zanu-PF had intended to march or a “solidarity march” for its presidential candidate in the forthcoming elections, president Mnangagwa, a move that many feared could have resulted in “bloody clashes”.

Zimbabweans are set to cast ballots on July 30 to choose a president, lawmakers and municipal councillors, in the country’s first elections since long-time ruler Robert Mugabe was ousted last year.