President Nana Addo Dankwa Akufo-Addo has said towards his government’s goal of reaching gender equality, a directive has been issued to the Microfinance and Small Loans Centre (MASLOC) to ensure that 50 per cent of loans disbursed are given to women engaged in small-scale farming and businesses.

According to Mr Akufo-Addo, government has also put in place a deliberate policy of strengthening the capacity of local businesses by ensuring that 70% of all government-funded contracts or projects are awarded to local contractors.

“Out of this, initially 30% of the contracts or projects are being awarded to women,” he said.

He made this known on Tuesday, 5th June, 2018, when he delivered an address at the 2018 Women Entrepreneurship Summit, organised by the National Board for Small Scale Industries (NBSSI), at the Mövenpick Hotel.

Again, with Ghana’s farming population consisting of greater numbers of women than men, the President stated that it is certain that more and more women will be involved in government’s flagship programme of Planting for Food and Jobs.

“Women empowerment has been given a tremendous boost by the implementation of our Free Senior High School policy. Last year, ninety thousand more students, the majority of whom were girls, entered senior high school, than in 2016,” he said.

He continued, “Our educational reforms are encompassing also the scaling up of technical and vocation education training, which will benefit many young girls, to equip our youth with the skills necessary for the construction of a modern economy.”

Whilst his government concentrates on economic and educational reforms aimed at women empowerment and entrepreneurship, the President stated that his government is not overlooking the critical importance of enhancing women’s participation in the governance of the country.

“We are making systematic efforts to meet our goal of gender parity in the distribution of public offices, both at the centre and at the districts, for we see the two sides of political and economic reform as two sides of the same coin for promoting gender equality and women empowerment,” he said.

On the restructuring of the NBSSI undertaken by Government, President Akufo-Addo noted that Ghanaians will shortly see an institution with a renewed drive on providing first class enterprise development services to MSMEs.

“It will co-ordinate all programmes designed to integrate the MSMEs into agricultural and industrial value chains with market linkages to investment opportunities, being promoted by the Ministry of Trade and Industry, under our flagship “One District, One Factory” initiative, and other industrial initiatives, and by the Ministry of Food and Agriculture under the programme for Planting for Food and Jobs,” he said.

Realisation of SDG No. 5

As co-Chair of the SDG Advocates Group of Eminent Personalities, President Akufo-Addo noted that the realisation of SDG No. 5, by the target date of 2030, requires all government to work towards gender equality and the empowerment of all women and girls.

“The reality in Ghana is that, despite some significant progress, we still have some way to go towards the realisation of this goal. Indeed, the role and participation of women in the economic and political landscape have not been to the desired levels,” he said.

The President noted that, in spite of this, over the past decade, the number of women entrepreneurs has increased considerably.

“Be they in agro-processing, creative arts, textile or clothing design, the financial or trading sectors, women entrepreneurs have become an important part of the entrepreneurial landscape, with latest figures from the NBSSI indicating that 44% of Micro, Small and Medium Enterprises (MSMEs) are owned by women,” he added.

President Akufo-Addo was confident that this number can be increased if more women entrepreneurs are given the maximum push and support in their endeavours.

“Women’s economic empowerment is one of the world’s most promising areas of investment with almost instant results, i.e. the reduction and eventual eradication of poverty and widespread unemployment,” he stressed. 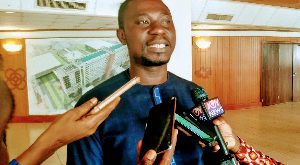 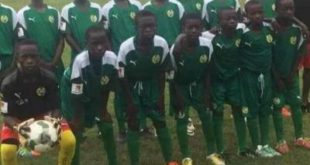 One of the personal bodyguards of President Akufo-Addo, Mr. Jibril Issah is giving back to …

Edem Senanu  Edem Senanu, Co-Chair of the Citizens Movement Against Corruption, has called on President …