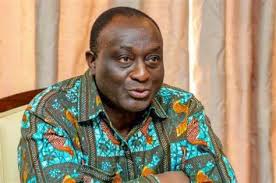 1D1F: We want youth to own factories – Kyerematen

The Minister of Trade and Industries, Mr Alan Kyerematen has said the government has plans to make Ghanaian youth own factories under the Akufo-Addo government’s flagship One District-One Factory policy.Taking his turn at the Meet The Press series in Accra on Tuesday, 7 May 2019, Mr Kyerematen said: “We’ve realised that in some districts and rural areas, you may have some abundance of agricultural commodity; it is not now that we are going to farm these crops, they’re already there like watermelon.“In this case, our view and our proposal has been that let us bring in smaller processing plants. The smaller processing plants will reduce post-harvest losses. So, under this category, we have 56 projects that are ready to commence implementation before the end of the year.“But the interesting thing is that we don’t want to leave the youth of this country out of this 1D1F programme. So, under this project, we want the youth not only to be working for business promoters as employees but we want them to also become owners of these 1D1F enterprises.“And to start them off, each of these 56 districts, we’re going to put together groups of tertiary graduates, maybe 15 of them in a group, and we are going to corporatise them. We’ll create a company for them and then they will have the grant to buy the processing equipment which they will use to process a particular product. We have youth roaming about with nothing doing who will now own their own factory and then from there they can start doing bigger things.”The 1D1F is a government policy aimed at creating jobs for Ghanaians through the setting up of factories and industries which will, in turn, move the country towards greater industrialisation.Source: Ghana/ClassFMonline.com/