Home / GENERAL NEWS / AUDIO: Tears as father narrates how his 18-year-old son was stabbed to death 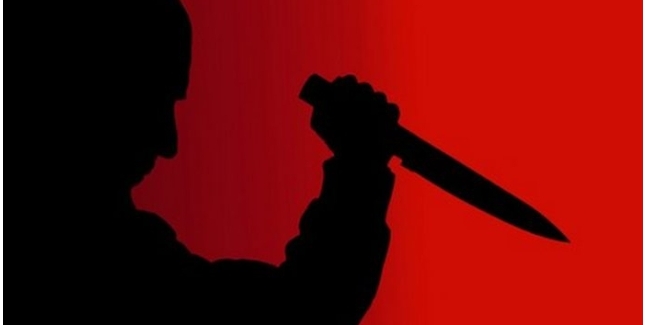 AUDIO: Tears as father narrates how his 18-year-old son was stabbed to death

Illiasu Fuseini, father of an 18-year-old Senior High School (SHS) student, who was stabbed to death by a colleague at Anyinam Obuasi in the Ashanti Region, has narrated how it happened.

The Obuasi Divisional Commander, ASP Dwamena Akenten, who confirmed the incident to Adom News’ Isaac K. Normanyo, said the deceased, who is also Illiasu Fuseini, together with other young boys, went to a pub at Anyinam, a suburb of Obuasi on the fateful day.

Amidst the fan moment, a confrontation broke out between Fuseini’s friends and another group during which he was stabbed, leading to his death.

The suspects, he said, fled the scene after committing the crime.

Narrating what exactly happened, he said his son came back from school on Sunday to spend the weekend due to the holiday so he could return on Tuesday.

“My son came home on Sunday, 6th March in the morning and told me he was going to work with his brother who is a Pragya rider so he returned home very late and I remember telling him to go to bed immediately,” he narrated.

Mr Fuseini said after their supper around 10pm, his son, who he affectionately calls Captain, said a friend who works with a motorcycle known as ‘Pragya’ had asked that he comes to work for the night which he agreed to.

“I was in bed around 2:45am when a young man came banging our door and informed me that my son, Captain has been stabbed at a popular spot and so I rushed with my wife to the place,” he said.

The father, who was very emotional while speaking about his son’s situation, said when they arrived at the scene, he saw the lifeless body of his son.

“My son was stabbed like four times and so when we got to the scene, he was lying down unconscious. I tried taking him to the hospital but he gave up the ghost on the way and so I took him straight home.

“We even wanted to bury him as our customs demand but the police directed that we take him to the hospital for an autopsy before he is buried which we obliged and was later buried.”

Mr Fuseini said reports he has had from some of his colleagues at school indicate that he was stabbed by some gangs after he was mistaken to be a member of a dangerous youth who was involved in a clash.

He said, his son, who had no qualms with anyone, had never been to that spot and so wondered why he would be stabbed in that manner.

He said his son, who is the only boy in his family, turned 18 years in January. He said though the family is in pain and hurt over the unfortunate incident, they live everything to God.