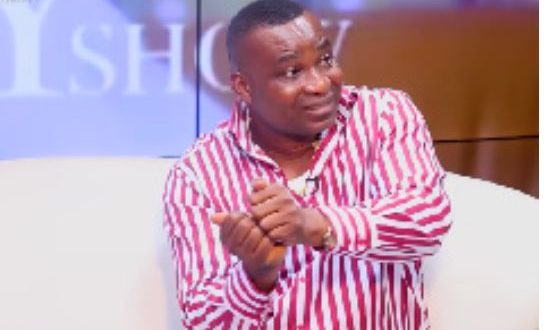 Business mogul and politician, Chairman Wontumi has boasted about having acquired enormous wealth after enduring and surmounting difficulties associated with life.

The Ashanti Regional Chairman of the ruling New Patriotic Party (NPP), known in private life as Bernard Antwi Boasiako, who is into mining, said on The Delay Show that he has ten (10) tractors, twenty (20) excavators, bulldozers, backhoes, and about 70 trucks.

Aside from these, he has about a hundred houses in Kumasi. The mining magnate also boasts of possessing numerous private cars.

“I have every brand, I love cars,” he said while talking about his affluence.

Chairman Wontumi touching on his lifestyle mentioned that he does not consume alcohol. Although he admitted to being a womanizer, the businessman said there is a limit to that aspect of his life.

“I like women but not to the extreme,” he affirmed.

In March, Chairman Wontumi submitted a bid of $3.1billion to purchase English Football Club, Chelsea and sign Cristiano Ronaldo and Lionel Messi. This was after owner of the team, Roman Abramovich put the club up for sale in the wake of Russia’s invasion of Ukraine.

“I am informed of the intention by the owner of your reputable club, Mr Roman Abramovich, to put up Chelsea Football Club for sale,” the letter signed by Andy Owusu, office manager of the Wontumi Group of Companies, stated.

“I am by this letter writing to officially declare my intention for the purchase of same. My official bid is in the range of three-point one billion dollars ($3.1B). My legal team and transactional advisors are ready to engage in negotiations.”

The bid which was described by some as daring was later withdrawn on the basis that the team was unprofitable.

Meanwhile, Wontumi has disclosed that he was once a cleaner, gym instructor and bodyguard in the UK. Making the revelation on The Delay Show monitored by GhanaWeb, Wontumi said he left Ghana for the UK after completing Prempeh College and had to engage in such enterprises for survival.